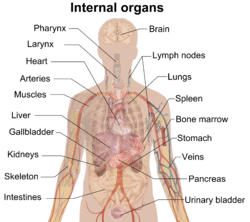 How to diagnose Paget’s Disease in females?

There is evidence to suggest that the paramyxovirus may be the causative factor in some patients with Paget’s disease. Typically this disease is more prevalent in males than in females. Because of this fact, it may be easy to misdiagnose the disease in women.Paget’s Disease, how frequently do Advance Practice Nurses see this disorder?
Where Does Bone Begin?
To begin to understand how diseases of the bone develop one must first have a thorough understanding of how bones develop. All bones develop from the mesoderm. The axial skeleton develops in the paraxial mesoderm of the notochord within the neural groove. The lateral plate mesoderm is where the appendicular skeleton develops and the neural crest is the site of the craniofacial bones and brachial arch. It is here that the mesenchymal cells commit to become cartilage, by condensing into nodules. Chondrocytes then proliferate and secrete the extracellular matrix. There are genetic problems associated with the condensation of gestation such as syndactyly or polydactyly via the Homeobox gene. Here, either too little or too much mesenchyme result in dystoses. Bone formation can take the path of both intramembranous ossification, where bone develops from mesenchymal sheets and endochondral ossification, where hyaline cartilage becomes bone. In Paget’s disease the bone becomes similar in consistency to chalk. It begins with osteoclast activity followed by a mixed phase of both osteoclast and osteoblastic activity with the third stage ending with osteoblast proliferation. Paget’s disease affects multiple bones at least 2/3 of the time. There is an increase in interleukin 1 along with an increase in the macrophage colony stimulating factor m-CSF. Diagnosing the disease can be done by radiological methods along with lab work. The typical cotton wool patches around the bone show up on X-ray. This can be seen most clearly when the disease affects the skull. Osteosclerotic activity may also be seen on an X-ray making the bone appear more dense. The pattern appears as a mosaic. Lab values include an increase in alkaline phosphatase during the osteosclerotic phase, which can be almost three times the normal value which is between 39-117 IU/L for adults.

Men More Commonly Develop Pagets Disease
Paget’s disease typically occurs in men over the age of 50 and may go unnoticed for years before the patient seeks treatment. The patient may find that they are having to continually increase their hat size due to the osteosclerotic phase. The patient’s calcium and phosphate levels can be normal as well as their parathyroid hormone levels. However, during the osteolytic phase, the patient’s calcium levels will be elevated. There is another lab test which is distinctive to Paget’s disease and that is urine hydroxyproline. Normal free hydroxyproline levels in males ages 22-55 is 0.7-1.55 µg/mL and in females is 0.7-1.40 µg/mL. Any elevation in these levels should be a clue to consider Paget’s disease as a differential diagnosis and to prompt the practitioner to perform further diagnostic testing.

Signs and symptoms at first may be totally asymptomatic except for an elevation in alkaline phosphatase. The patient may experience bone pain, erythema over the area, there may be spinal involvement along with impaired healing, pathological fractures and increasing skull size, which may also cause neurological complications if the increase in bone puts pressure on cranial nerves. There is a 1% chance that these patients could develop osteosarcoma due to neoplastic complications.

Women and Paget’s Disease
How would a woman present with Paget’s disease? In women the disease can manifest in the pelvis, limbs or long bones and spine. The key is to do a thorough assessment with respect to pain, onset, duration, location and determine any abnormalities in specific labs and radiographs. When there is osteosclerotic activity in the long bones, it can present as, “Saber Shins”, which is the bowing of the tibia and fibula due to the lack of bone tensile strength needed to support the axial skeleton.

The bones of those with Paget’s disease undergo remodeling from an imbalance in both osteoclastic and osteoblastic activity. In the beginnings of the disease there is proliferative osteoclastic activity where Rank(L) receptors found on the osteoblast binds to Rank receptor on the osteoclast causing bone resorption. This activity, if not halted by OPG (osteoprotogrin) , estrogen and IL-10 will cause an overactivity of bone resorption thus raising the calcium levels in the blood. Other players in bone formation include the Wnt and B Catenin receptors which act on LDL receptor LRP5 related proteins to block osteoclastic activity and increase bone mass.

This proliferative bone crunching phase usually goes unnoticed in Paget’s disease unless it is found incidentally through a routine physical exam or other health issue which the patient may be seeking treatment. It is also important not to forget about the job of the parathyroid gland in the regulation of calcium. The parathyroid gland is the grand regulator of calcium levels in the body. Disease of this gland is the main cause for Osteitis Fibrosa Cystica or primary hyperparathyroidism.

In Paget’s disease if the calcium is elevated due to osteoclastic activity the PTH may be still remain normal for the exception of the lytic bone phase where there may be a slight increase. It is important to keep in mind that during normal biological function, the parathyroid gland will release the parathyroid hormone in response to low calcium levels, where it will stimulate the liver to metabolize vitamin D which is then activated in the kidneys to its main active form of 1,25 (OH)2 Dihyroxy Vitamin D3. This is then used to make the distal ileum of the small intestine permeable to calcium so that our bodies can utilize it as the second messenger in metabolic synthesis of proteins and in energy cycles.

The practitioner should be aware of the complexity of the how all these hormones and receptors interact in disease states. This knowledge will help in the diagnosis of Paget’s disease as well as in many other diseases. Medical Assistants will also come across patients with this disease as they enter the medical field. Medical assistants should understand and well versed in taking a detailed patient history for the reason that they are they to see the doctor. The medical assistant after they receive training will know the required questions to ask a patient when they come in for an appointment. For this reason, understanding human physiology is such an important part of each and every medical assistants training at Phlebotomy Career Training.

Now Enrolling for both in class and online! Dismiss